Robust Agriculture from Farm to Table

Fulton County has a rich agricultural history, and today, that translates to robust agribusiness for the county
May 2, 2022 by fccrgwpadmin in News

Fulton County has a rich agricultural history, and today, that translates to robust agribusiness for the county. A variety of businesses, from small, family-owned startup farms to large multinational corporations such as yogurt manufacturer Fage and feta cheese manufacturer Euphrates, are keeping the county’s agricultural business thriving and making it a major economic driver. 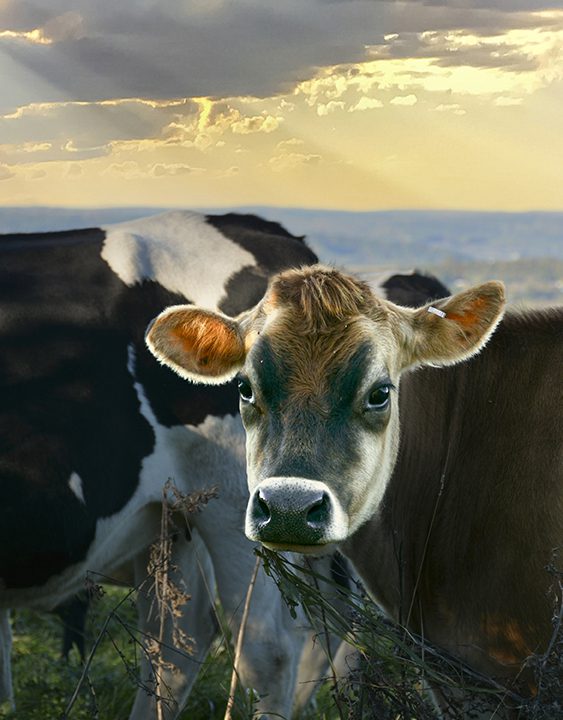 Hollenbeck points out that each farm stimulates the economy in multiple ways. “For every one farmer, you’ve got truckers, processing plants, distributors, stores, truck drivers, packaging, machinery dealers, and fertilizer,” he said. “People don’t realize. It will surprise you for every dollar on the farm how much is generated. It’s a ripple effect.” These are just a few ways that agriculture supports economic development.

The following are examples of agribusiness in Fulton County. 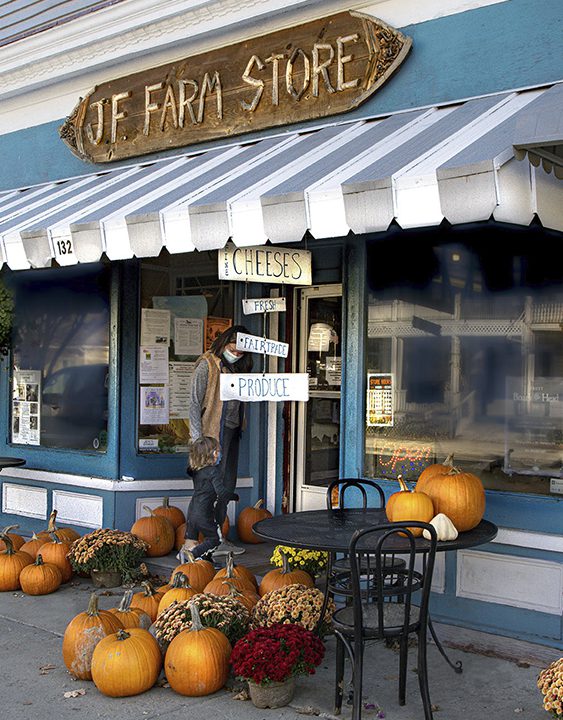 “This was a dream of ours,” said Brad Johnson, of owning a farm with wife Anne-Marie. “We wanted to have the security of having control of our food chain and grow with organic practices.”

After working at another local organic farm for 11 years, Johnson decided to open his own farm on 40 acres in nearby Hamilton County.

The Johnsons and their six children started out selling the farm’s vegetables and fruits right from the farm in Hope and also at farmers markets in the region. “The weather was challenging,” Johnson said. “It would severely affect the income at that market.”

It was a challenging decision, but the couple decided to open a store on Main Street in Northville where they could sell their own produce as well as that of 40 other local producers. “That is how we navigated what is the present of agriculture in the area,” Johnson said. 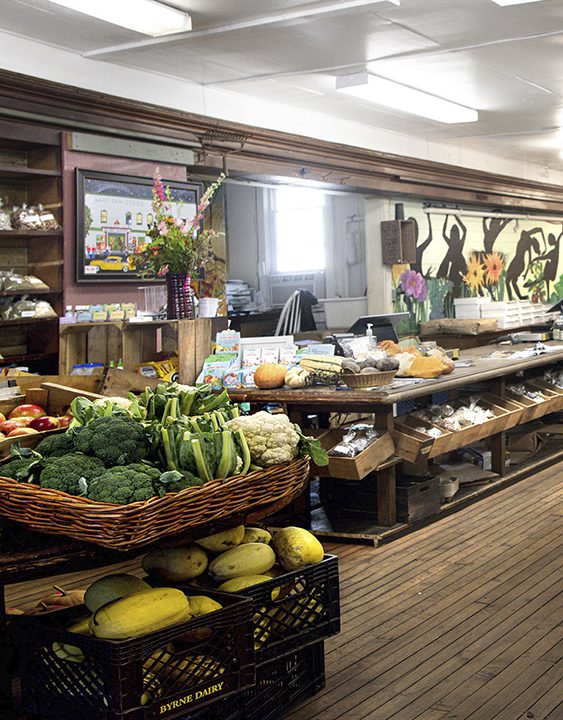 In addition to fresh, locally grown crops, the Johnson Family Farm Store offers soups made from the family’s yields, sandwiches, health foods, bulk grains, and prepared foods. The store is a favorite for locals and tourists alike.

In the fall of 2021, they began experimenting by putting two small tunnels inside the larger tunnels to create a climate similar to that of Virginia. “Our goal is to go all year round,” Johnson said. “We’re continuing to try new techniques.” They planted microgreens in some of the smaller tunnels, supplementing with heaters to increase the temperature inside. “It’s a trial to see if we can do it. If it works out, we’ll have microgreens all winter.”

Currently, the Johnsons grow row crop organic vegetables on four acres and potatoes and corn on one acre. They also have four 96-foot-long high tunnels where they cultivate cucumbers, tomatoes, melons, Swiss chard, lettuce, and arugula.

In addition to shopping at the store, customers can purchase a farm share that allows them to enjoy fresh produce from June to mid-October.

The business has grown to include 13 people on the payroll.

“My overall thing is to encourage people to go and support their local farms and businesses,” Johnson said. “All of the local producers have plenty of stuff.” 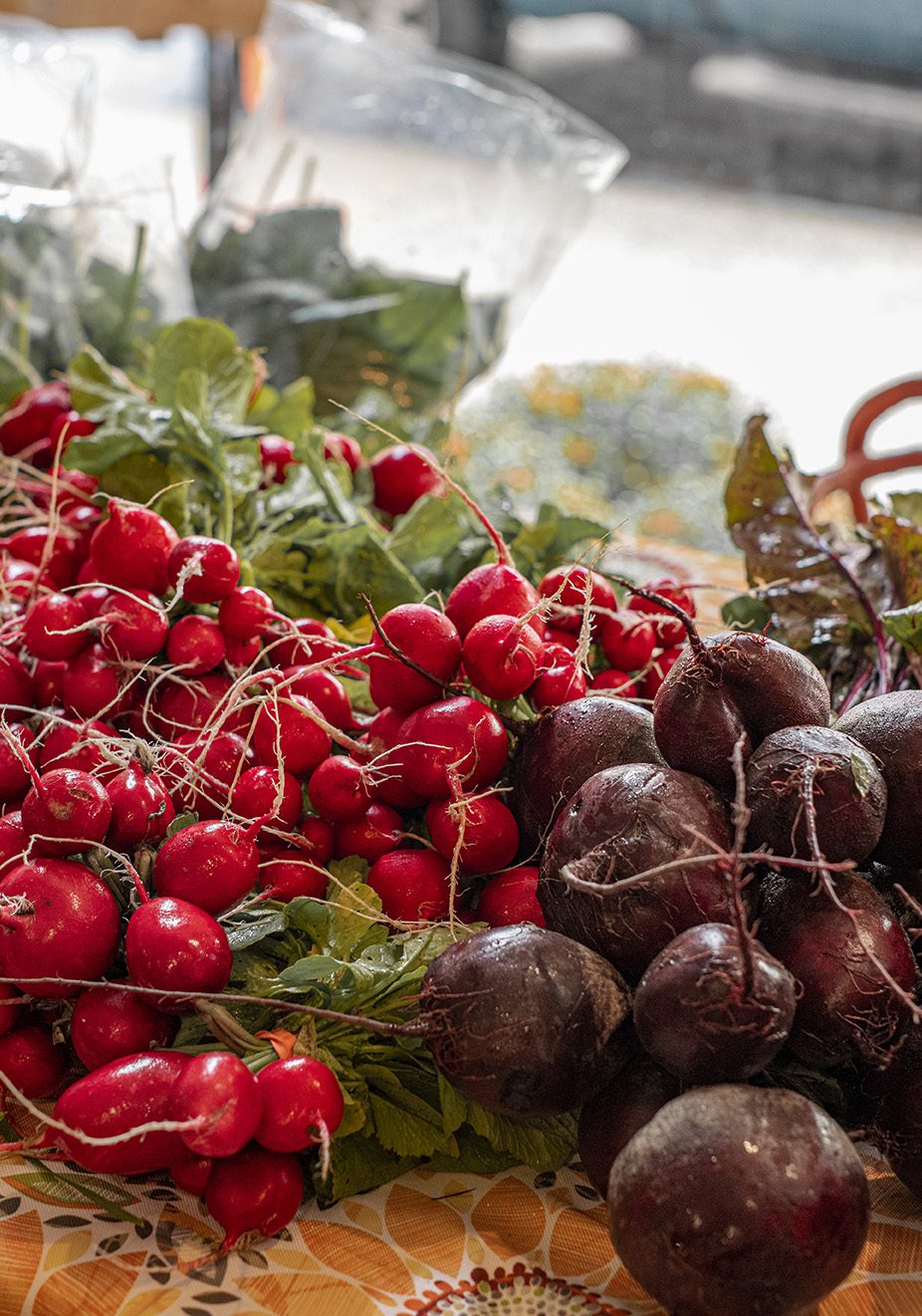 Twelve years ago, impressed by the bounty of goods produced in Fulton County, a group from the community got together to form the Mohawk Harvest Cooperative Market in Gloversville to connect producers with consumers. “We wanted to create an opportunity for people to access local and regional foods with a mission to help be a connection to local producers and have a consistent source for people to be able to access that,” said the co-op’s board president, Wally Hart.

The co-op is member-owned and operated, and its board always makes sure that there is a producer serving on the board who is connected to local agricultural businesses. “That helps us keep focused on the importance of their businesses to the community and also their needs as we make decisions on what to bring to the store and how to work with our farmer producers,” Hart said. “We’ve just always been focused on partnering with local producers.”

Open six days a week, the co-op provides a location where producers can sell their goods, and from the consumer perspective, there is a place where people know they can always shop for locally produced foods. 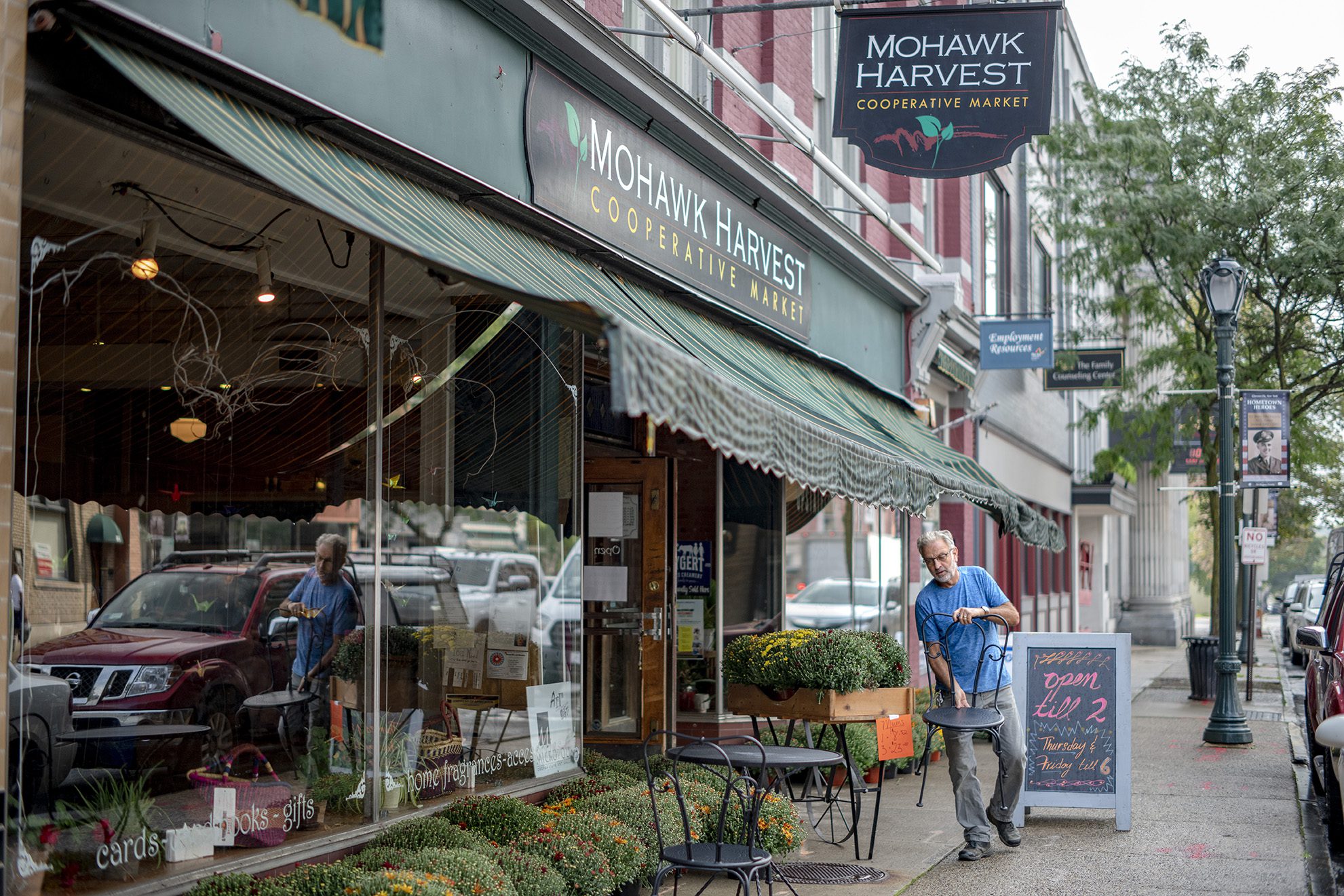 The co-op also works with commercial vendors in order to provide local and regional products year-round. One company is Regional Access, an Ithaca-based firm that distributes ecologically produced local products on a consistent basis. “They work with local producers who package their products,” Hart said. For instance, products might be canned, thus giving them a longer shelf life. This way, consumers can have local products year-round, not only when they are available seasonally.

Mohawk Harvest is dedicated to supporting the county’s agricultural businesses. “Agribusiness is more than farms,” Hart said. “We have a wide range of producers that we represent at the co-op, agri-related businesses that certainly help benefit both the co-op and the producers by offering their goods at our store.” 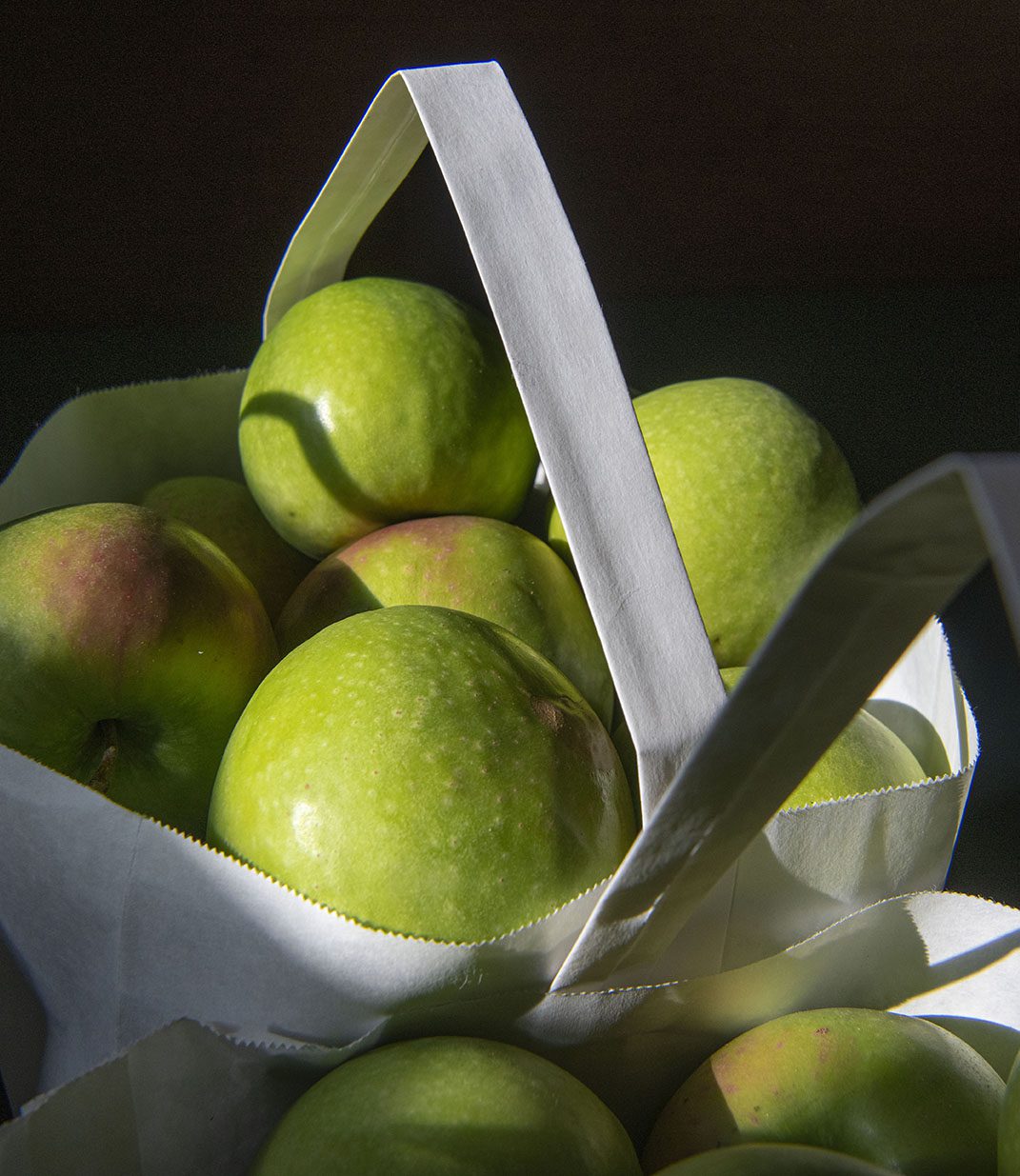 A PERFECT PLACE TO FARM

“Agriculture people sometimes struggle to find lending institutions,” said Kenneth Adamczyk, Economic Development Specialist at the Fulton County Center for Regional Growth (FCCRG). “It’s very difficult to get an agriculture loan,” he said, noting that the FCCRG is changing that not only for Fulton County farmers, but also farmers in Hamilton, Essex, Saratoga, Warren, and Washington counties.

“We as the JDA approved lender, get to set the rates,” Adamczyk explained. “We make sure the loan is collateralized and that it’s a smart decision. We’re very successful in the program.” In 2021, the FCCRG loaned $200,000 to farmers in the region.

“It helps Fulton County but also the other counties,” Adamczyk said. “There’s more collaboration between and across county lines rather than these old-school borders.”